For the majority of last week, I was hobbling around my flat, having spectacularly pulled both my calf muscles from showing too much enthusiasm at my first ceilidh. Whether my injury was from spinning and jumping with partners or winning a space hopper in musical statues and deciding to ride it home, I'll never know but it had me feeling worse for wear and generally quite sorry for myself. The simple act of walking to Tesco for milk made me look like an 80 year old with a bad hip and feel like that one limping gazelle that gets taken out by lions in every single David Attenborough documentary ever.

Now, the times when you feel like an octogenarian (and the times when exams are around the corner) are exactly when you really need somewhere cozy and warm to recuperate. Short of having your grandma's house down the road from you (where you'd watch Countdown under a blanket with a relative who can wholeheartedly relate to your immobility), there aren't many options available when you need a warm fire and a hot toddy... unless you live near Bridge of Allan and know about the Allanwater Brewhouse. 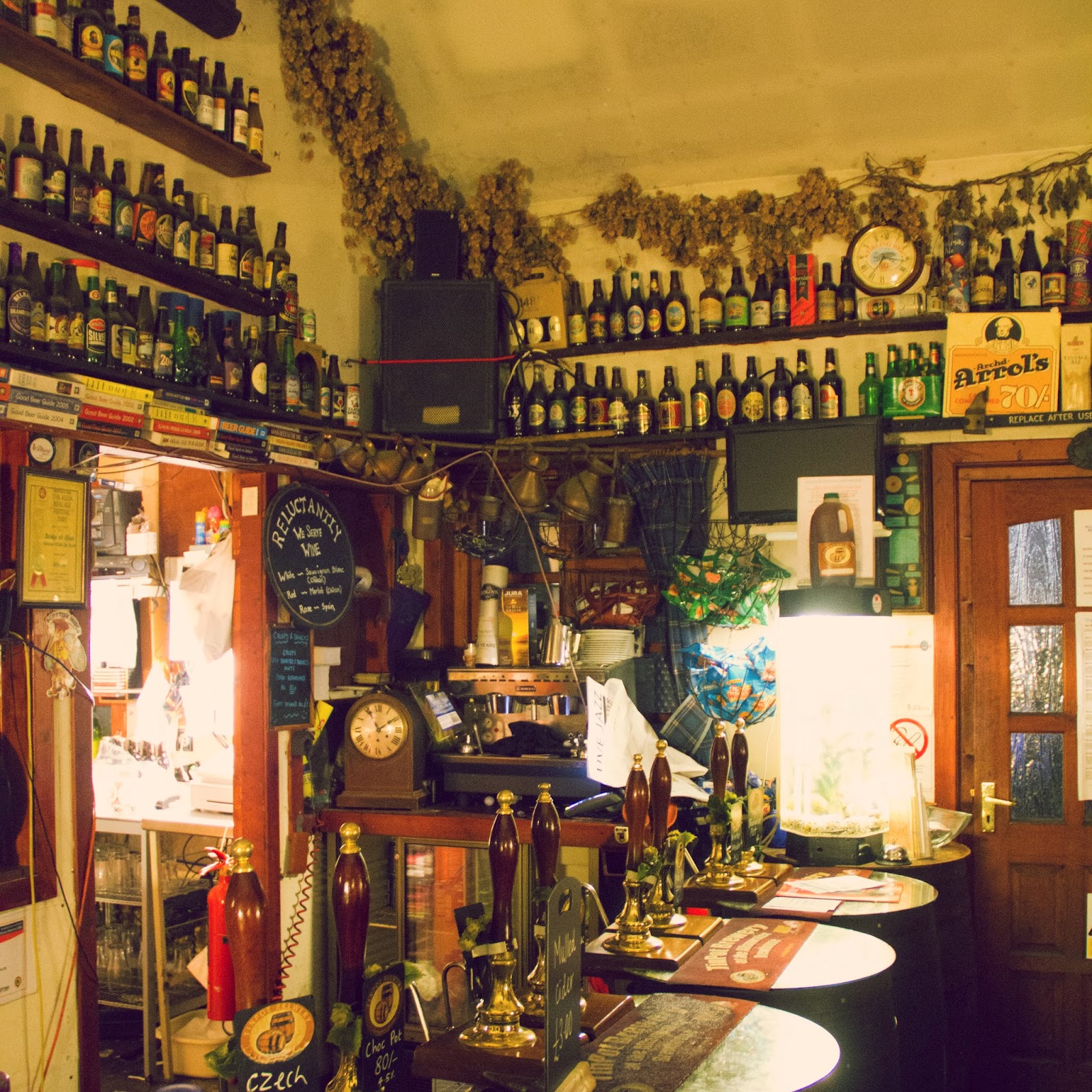 Thankfully I do, and this warm little place is always open with their custom beers and ciders to accommodate a weary traveller. There's a fire to keep you warm, cushioned old kegs to seat you, and books, board games and cards to keep you entertained. Live music nights make appearances once or twice a month as well.

The Allanwater is probably Stirlingshire's best no-longer-kept secret. There was a time not so long ago when no one had heard of it and when you attempted to take a friend down the (admittedly dark) lane to the entrance, they would be entirely convinced you were about to kill them. After the brewhouse won Best Tourism Business in Scotland 2013, it's sort of on everyone's radars now. And rightly so.

They have strong ties with the university's craft beer society too. Every now and then the society's aptly-named beer, Procrastination, makes an appearance on one of the taps, next to old favourites like Pot Black and Bramble Pot or the more novel and adventurous beers like Choc or Chili Pot.

As mum has come up to whisk me off back down south for Christmas, she and I made the most of the incredible atmosphere at the brewhouse while we had the chance. If you're ever around Stirling, this little brewhouse is top of my to-visit list! (You can read more about the Allanwater on their website!)